Where people are bringing out the evilest of symbols, there is no statement. Only silence.

Where sexual assault and harassment are high, there is no statement. Only silence.

Where the President many of you supported and asked people to support belittles anyone that is not a rich white male, there is no statement. Only silence.

However, where many Christians have recognized the need to change and adapt. And be welcoming of the LGBT, you claim this.

You write this as if you are the only people with any knowledge of Scripture. You claim there is confusion on “sexuality and transgenderism” . Yet it seems you are confused. Or woefully ignorant. You forget that Scripture has more to say on topics like poverty, fairness, and loving your neighbour.

You write this as if you are leaders. Yet, day after day, people see your lack of leadership where it is vitally needed.

In times where your voice is actually needed, poverty, fairness, loving your neighbour, standing for the marginalized there is no statement. Only silence.

Yet you make this statement on sexuality.

They say 80% of communication is non-verbal.  It’s what you don’t say more than what you say.

Today we heard your silence.


Yesterday in a vote of 8-6 ( Councillor Gian-Carlo Carra was absent) to delay more taxi licenses in Calgary.

Above is the perspective of Mayor Nenshi.

However, not everyone agrees. Here’s Ward 8 Councillor Evan Woolley’s reason why we need to catch up with Taxi Licenses.

Do you Agree or Disagree that Calgary needs more Taxis?

Today is the start of March Madness. The NCAA College Basketball Tournament. It involves 64 teams  and will go on for the next month.

To help out with this argument, I invited…well uploaded John Oliver from Last Week Tonight with John Oliver to present a case as to why they should be. Listen below.

Do you Agree or Disagree that college athletes should be paid?

I posted this originally on March 9. Since I posted this only on the Agree or Disagree: The Podcast Facebook Page, we didn’t get comments.

I do think it is an important discussion. Hence, I’m re sharing and re adjusting.

As you know, the Alberta Provincial election has been called for May 5.

During this time, there will be no question that the Provincial Election will be a dominate topic Twitter and Facebook. People will bring up topics. People will debate them. But will it actually win someone an election? To present some argument, I’m going to share this post. While there the obvious ones like Mayor Nenshi and President Obama, here is the story of how Klaus Iohannis won the Romanian Presidential Election. He went from not having a Facebook page to having 776, 911 likes on Facebook. However, I’m also going to share this. This is a list of “Political Fails”. A number of decisions and posts on Facebook or Twitter that severely cost some elections.  You can make the argument that Social Media loses elections. All this to ask this question. Do you think Social Media wins elections? Or, Do you think that Social Media loses elections? Or, Does it even matter at all? An example is here in Calgary. Councillor Andre Chabot does not have a Twitter account. Yet he has served Ward 10 since 2005. How does he win without Social Media??????? I’m being sarcastic of course. But you get the point.

Today is Pink Shirt Day. Many wore a pink shirt to speak out against bullying.

One of the best post to clarify what bullying is was this article from Vancity Buzz.

Now as important as many felt this day was to speak out, there are some that are a little cynical about this day.

Because some feel Bullying cannot be stopped.

I was, and am actually continuing to have this conversation with some parents who are concerned about the approach schools, and other organizations have on this topic. In particular, grades 8- 10.

With this in mind, I present this article. This is a story form Alpha Mom. She talks about how her kid was being bullied. I’ll let you read. But I’ll fast forward to the end of the story. And, I’ll leave it to you tho think about it.

There will always be bullies in this world. You can’t stop that. But what you can control is the way you act. If everyone did that, called out the bullies instead of living in fear of retribution, bullying would come to an end. Stand up when you see someone being picked on, because the next time it could be you.

You know, Mom, what was weird?

Once I pushed [big kid] down the first time, the other kids that were standing there told him to stop being a bully too. But before that they were just watching and doing nothing.

Sometimes, honey, it takes one person to step up first. Then other people feel brave enough too. They are afraid of being picked on.

“Not the way we do things here”

The above petition is from the Federal PC Government.

They are asking you to sign a petition requesting that women not wear a full face covering during the Canadian oath.

To quote the petition here it is;

In Canada, women are full and equal members of society — including when they take the oath of Canadian citizenship.

That is why we are strongly opposed to anyone wearing a niqab – a full face covering – while taking the oath.

As PM Harper said last week, that is not the way we do things here:

“It is offensive that someone would hide their identity at the very moment where they are committing to join the Canadian family.”

In Canada, women are full and equal members of society. Including when they take the oath of Canadian citizenship.

In order to give some perspective as to why those choose to wear the nijab, I’ll post this link from the BBC. It is from woman who explain why this is very important to them.

So, do you Agree or Disagree with the Federal Government addressing this topic at all?

I’m fortunate to have a lot of great friends.

Yes, some of my friends are Christians. They are great people. I love them dearly.

I also have a lot of friends that are atheists. They are great people.I love them dearly.

Many of my friends who are atheists have a high level of ethics. Some, quite frankly, a higher level than I’ve seem from some Christians. Including myself.

So, for those Christians that think today was the day to say I told you because of an attack by an atheist.

I would remind you we Christians still have lots of planks to get out of our eyes.

-Oil prices are at about $48 dollars a barrel.

-Target announced they will be closing their stores in Canada.

Many will be impacted, as well as feel impacted by what has happened. There are many different conversations, including one on the concept of a sales tax in Alberta.

The question I have for you is this. Are you worried about the current state of the Canadian economy? What is worrying you? If you are not worried, why not?

Click this link for part 3 of our series of conversations around Gay Straight Alliances.

We heard from people who had some concerns about GSA’s. If you missed that, click here. It was with Jojo Ruba, Derek Fildebrandt, Terry Lo and Jeff Wilson.

The second was with Kent Hehr. If you missed that, click the link here.

This perspective is from a High School student named Caprice and her mother Diane. Caprice is in Grade 10. She is slowly opening up about who she is and her mom is there to support her.

We also heard from Kelly Hofer. If you haven’t heard his story, we touch on it briefly here. He is a Hutterite who, once he came out, cannot go back to his colony to be with his friends and family there. He has started a support group which he will talk about as well. Kelly couldn’t stay with us the whole time, but we did appreciate his perspective. If you wish to listen to his interview, listen to it here.

Oh, and Terry Lo is with us as well.

Topics we cover in our Podcast include;

Kelly’s perspective on GSA’s and the concerns from the religious community.

Diane’s experience dealing with teachers and principles in schools.

A response to if an “anti-bullying” club solves the problem

A response to the parental concern argument.

Their impression on Gordon Dirks

Terry walks through how feasible Bill 10 would work with Caprice. And the logic behind it. 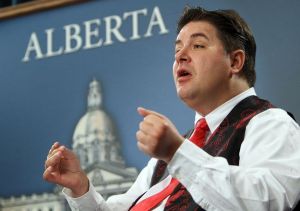 Kent Hehr and I discuss the recent issues around Bill 202 and Bill 10.

If you remember, Kent brought forward a private members bill Motion 503 which would make it mandatory for school boards to support students who want to form Gay-Straight Alliances (GSAs)
Topics we discuss include;

We also spent some time discussing Provincial and Federal politics as well.

-his perception of the other parties

-the impact of oil prices and when Prentice could call an election.

-His nomination for Liberal MP

-Why he feels it’s important that we have a Liberal MP from Calgary.